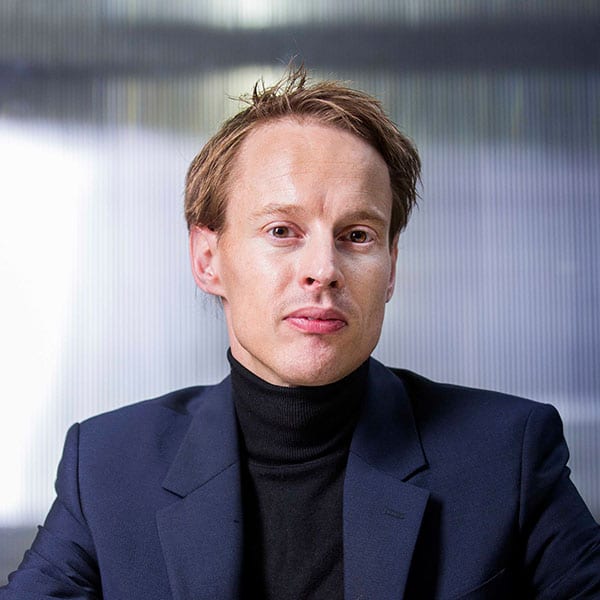 Dutch artist and innovator Daan Roosegaarde is a creative thinker and maker of social designs which explore the relation between people, technology, and space. He founded Studio Roosegaarde in 2007, where he works with his team of designers and engineers towards a better future. Together they develop ‘Landscapes of the Future’, building smart sustainable prototypes for the cities of tomorrow.

Roosegaarde: “I don’t believe in a utopia, I believe in a protopia: a prototype world that we are improving step by step. We do not know what the future looks like and what challenges that entails. What we do know is that there is no way back. If we do not invest in new ideas, we will die. We are all part of the prototype. Let us not be afraid but be curious and work together.”

Roosegaarde has been driven by nature’s gifts such as light emitting fireflies and jellyfish since an early age. His fascination for nature and technology is reflected in his iconic designs such as Waterlicht (a virtual flood) and Smog Free Project (the largest outdoor air purifier in the world which makes jewellery from smog) and Space Waste Lab (the mission to upcycle junk that floats in space).

Roosegaarde graduated from The Berlage Institute with a Master’s Degree in architecture. He is a Young Global Leader at the World Economic Forum, a visiting professor at several universities, was selected by Forbes and Good 100 as a creative change maker and named Artist of the Year 2016 in The Netherlands.